Should an Aspiring Author

Take a Day Job as a Tech Writer?

Writers with wealthy families or trust funds are fortunate, because making a living becomes a challenge for the rest of us. A 2018 survey calculated that the average income from creative writing amounted to £5,000 per year in the UK, and it’s probably less in Ireland.

To pay the rent over the years, I wrote for quite a few organisations: 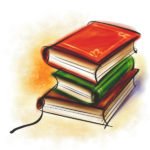 A US Textbook Publishing Firm

In my first job, I wrote brochures to promote textbooks for college and university courses. If the textbooks weren’t adopted, the firm tried to sell individual copies by direct mail.

The Sales Manager asked me to write a direct-mail letter for a book on business information systems. I skimmed it and saw why it hadn’t done well – it was a thinly-disguised pitch to hire the authors as consultants. I decided to ignore the book and weave a story about the promise of computers and networking, circa 1968:

Bring up another chair

to the management conference table.

It’s for our new Systems man.

The Sales Manager thought my letter looked okay, but he suggested that I test-market it by showing it to the Accounting Department. I sent a copy through the inter-office mail, and an hour later the Chief Accountant appeared at the door of my cubicle, his eyes glittering with hope – Do we have this book in stock?

The power of the written word…

I wrote press releases and made presentations for the Community Action Agency, a low-income community-development organisation. The agency had been created as part of the Great Society initiative under US President Lyndon Johnson. For me, the job became an education in how to work in a hostile political environment – the Nixon administration. Organising low-income communities was an uphill struggle, but some of the programs – the Head Start pre-school education program in particular – have survived to show the benefits that a little bit of money and effort can produce.

In the 1970’s, the National Cash Register Corporation moved into the computer hardware and software business, and one of their first offerings was a desk-sized processor named George, as in “Let George Do It.” As a contract tech writer, I produced a thick self-instructional manual to teach medical office staff members how to enter patient information and billing data.

George has become a museum piece, but NCR is still going strong. 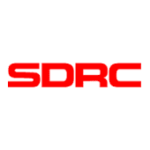 Structural Dynamics Research Corporation, a classy midwestern software firm, developed a suite of engineering programs called I-DEAS, and I sold educational licenses for those programs. Engineering students put I-DEAS through its paces, designing and analysing solar-powered automobiles, hip-joint replacement prostheses, turbine blades, and even wheat kernels (to develop advanced milling equipment). In 1993, I was privileged to deliver a keynote speech at a conference in Finland on The Impact of Software Technology in Engineering Education in North America. 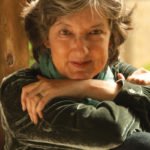 So – should an aspiring author take a day job as a business or tech writer? The pay was average-to-poor, and the job security was zero. Burnout became a problem – after sitting at a typewriter or a keyboard all day, it became a challenge to spend more hours in the same posture at night. 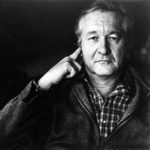 But all writing jobs serve to improve word-smithing skills, and many successful authors, including Barbara Kingsolver, paid for their groceries as tech writers while they polished their prose. William Styron and Richard Yates also took their turns on the corporate rockpile. 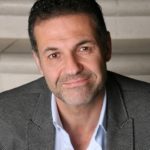 The poet Mary Oliver had the best idea – if you need to earn a living, get up at 4:00 a.m. and do your creative writing when you’re freshest and least-distracted. Then do your day job with whatever energy you have left. Khaled Hosseini, author of The Kite Runner, earned a medical degree and worked as an internist, but he wrote for two hours each morning before he turned up at the hospital.